“We’ve been planning our cities around the dimensions of cars. What we’ve known for five thousand years is that cities are for people. So we need to get it back to the dimension of the people.” – Benjamin dela Pena 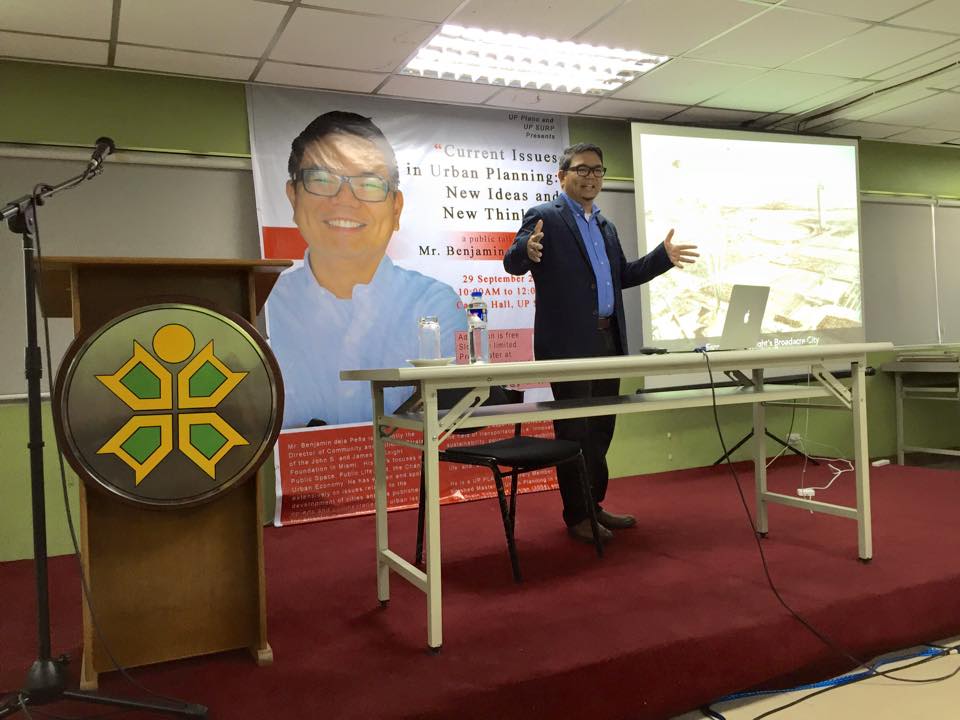 I had to have a flight moved to be able to emcee for this event, but, more importantly, I just had to be able to listen to one of the greatest urban minds I’ve ever heard from, and who came to UP-SURP.

And that’s Benjamin dela Pena. He’s currently the Director for the Community and National Strategy of the John S. and James L. Knight Foundation, and was formerly the Associate Director for Urban Development of the Rockefeller Foundation. He studied Master of Urban Planning in Harvard Graduate School of Design. He is also a UP College of Mass Communications alum, BA Communication in Journalism.

With his god-level profile, many would think of him as someone who bites. But he doesn’t. In fact, he’s entirely down-to-earth, low-profile, and chummily friendly. He even refuses to be called “Sir” and insists on just being called “Benjie.” Before we started the talk, we had a good chat about his stay here in the Philippines, his agenda over the next few talks, and a backgrounder of SURP’s programs and subjects.

Here are my favourite salient points on the public talk:

We are living on an urban planet which is rapidly urbanising. It’s something we already have to be good at.

Benjie made a run-through of the history of cities, pointing out patterns and events of the past that shaped and influenced how cities are developed today. 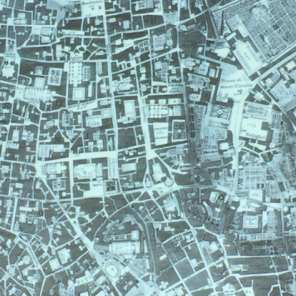 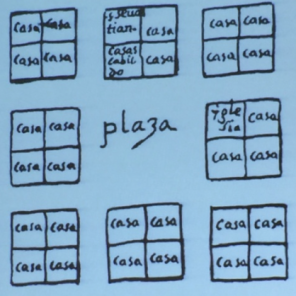 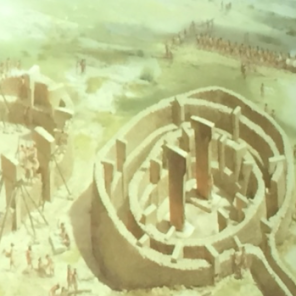 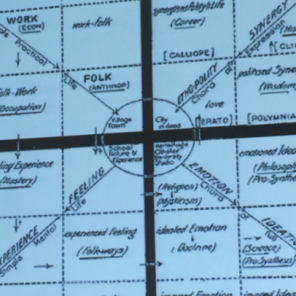 “So much of what is created in the built environment is hostile to the people, and yet, people make do.”

What does this mean? Our cities revolve around vehicles. Our infrastructure caters to vehicles. In most of Metro Manila, pedestrians are inconvenienced or endangered by having no sidewalks to walk on, forcing them on the streets. There are hardly any open spaces that provide benches as resting areas, but one wouldn’t want to rest outside an air-conditioned unit anyway, given the smoke and the heat.

It’s just something entirely on point: cities are for people, not cars. Remember the Vitruvian Man by Da Vinci? That’s something we should be considering in constructing public works, more than boxing our outlook on the length and width of car units. 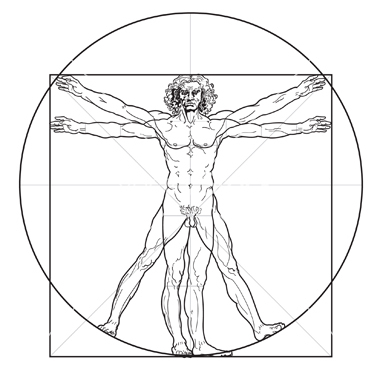 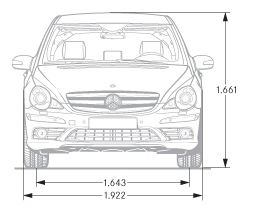 “A city is not just a real estate project.” You don’t just “build it and expect people to appreciate it.”

So as pointed out in the talk, maybe we should be “putting people back in the cities.” In more detail:

This reminds us about one of the most inspirational figures in the history or urban and regional planning: Jane Jacobs.

Who was she, and what did she do? Jane Jacobs was the urbanist who brought the sociological aspect of cities to the attention of urban planners, who, during her time in the 1960’s, saw planning as almost purely physical. With her book, The Death and Life of Great American Cities, the factors and what she called “generators” of a city that focused on the city-dwellers, such as high densities, mixed uses, pedestrian’s flow and permeability, and building repair, gave a tremendous impact and challenged the course of the technical and infrastructural planning in New York. Although Jacobs was scorned during her time for being a woman, for her lack of proper education, and for her very strong actions and movements, she brought back and grounded planning practice to its essence. 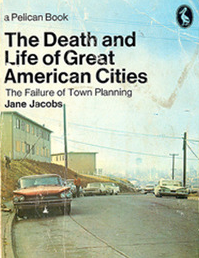 and the book that brought planning back to the people.

Another point in this discussion is one which Metro Manila is currently swearing about every single day: Traffic.

“None of these decongestion stuff works.”

Ouch, especially for every person involved in the big ticket infrastructural solutions that are meant to ease out Metro Manila. (I wrote about this previously: Traffic Solutions in Metro Manila: EDSA in Spotlight.) But why is this the case? I keep reiterating in my conversations with people something that Jane Jacobs said so many years ago: New roads, new bridges, and new skyways are temporary, but will encourage more cars in the future. It’s the people that matter. People, as the city-dwellers, matter.

This goes back to one of the very first principles taught in the foundation of urban planning: People are the life of a city. People, being humans, eat, breathe, move, and require biological processes. In order to be able to survive, they work. Cities provide this for them, giving them jobs. This characterises what Benjie emphasised:

“Cities have their own way of growing.”

Cities grow because of people’s jobs, because of networks, because of markets. These make the economy of the city. Which brings us to another major point of discussion: We only see this economy as the ideal, the perfect equilibrium. Our ideal of the market is a mall, not a sari-sari store. Our ideal jobs are those that are in the sophisticated skyscrapers. These ideals put together make up our urban imaginaries.

What is an urban imaginary? Your perfect urban landscape. Benjie portrayed this in the cityscape of Sim City. 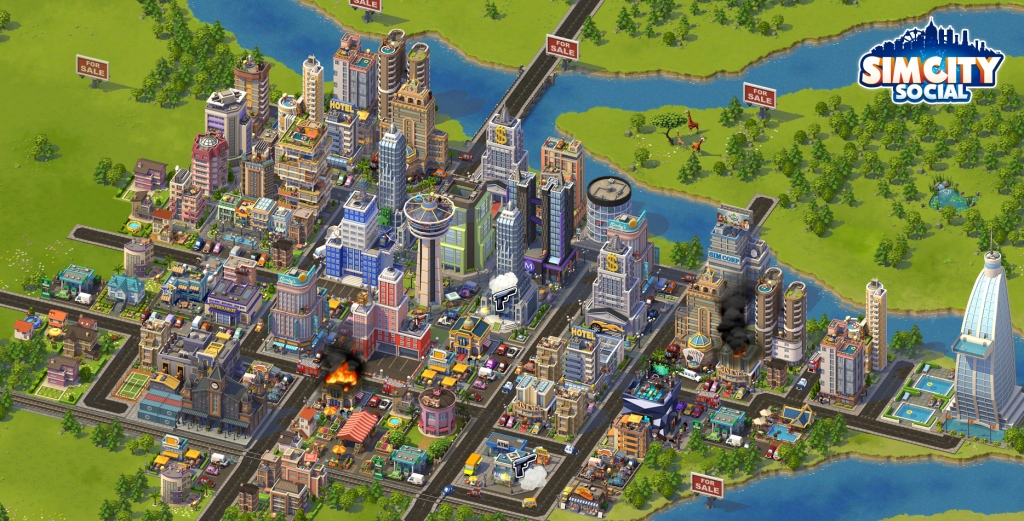 Well, wouldn’t it be nice to have real cities that look like that?

But that’s the problem. Sim City isn’t real. It doesn’t come close to what is real. It is selective and limited in giving you what you can put in the game. Which is parallel to how selective we are in imagining our urban utopia.

What is real in an urban landscape? Go back to what I said earlier about the life of a city. People. People who need jobs. People who will persevere to have one, even if it takes bringing the job into their homes.

This reality is what we see in slums: People living and working in the same space.

The video Benjie showed is the concept of a Tool House by Urbz, an urban research group in India that pushes for user-generated cities:

To help you visualise the reality of this growth in urbanizing cities, take any planned urban area, whether it be a city or a greater area reference like a metropolitan or a very urbanised region. I’ll take Makati City, for example. The Ayala Triangle is the heart of the city, and, together with its highly urbanised vicinity, makes up what Makati City’s prestige of having the highest profile in commerce, trading, and business in the country. This Ayala area and the developed area is meant to be how the whole city should look like. But it is not. It may have achieved what is in our urban imaginary, but it has also attracted a far greater dwelling population than what planners had in mind. The real city of Makati is what dwells around its central business district, not only within the city’s boundaries, but the slum areas in adjacent cities and other areas in the vicinity of the metropolitan. 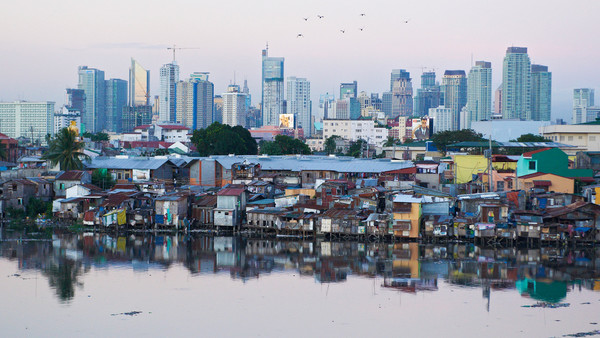 These urban realities are manifestations of some of the concepts studied in the foundation of urban planning: EG Ravenstein‘s Law of Migration, Thompson’s Demographic Transition Model, and Todaro‘s Migration in Developing Countries. What do these say? That people migrate for economic reasons. They are attracted to where they can work and earn. Their situations in rural areas push them towards the magnetic pull of economic opportunities. In developing areas, poor people believe in the glories of the urban cities, where they immediately leave their origins to go to urban areas without thinking of the costs of living, where they will stay, and so on. In Filipino, it’s called “nakikipagsapalaran.” This is the reality of the city.

“Urban slums are now the urban form of the world.”

And that’s how we exclude reality from our urban imaginary. The cruciality of economic pull factors are explained in the cases of Islamabad and Canberra in this part of the talk, which is integrated to how focusing on people for development has worked:

Responsibility of a planner

“We should look at the humans, but we keep on dreaming about so many highways.”

So it has been emphasised that urban planners must go back to the social roots. This is  something I believe many other urban planners should be reminded of. I have personally observed how some planners still lean too much on the engineering and infrastructural aspect of planning. This is, without question, the foundation of the city’s means for movement and physical ease, but before drawing up the sketches and estimates for further concrete, the human aspect, not only his measurements, should be fully understood and taken into account, because the human gives the heartbeat of the city. Benjamin dela Pena’s public talk has served as a good reminder into how we can approach urban and regional planning. And right now, it is already crucial for our setting in Metro Manila.

I’ll need some help in my personal advocacy of information and educational campaign by teaching about the lessons and planning principles infused in the public talk and in my learnings in URP core courses. It’s not just up to licensed planners and professors to teach, there’s an equal responsibility in other people’s willingness to learn. Just remember that #SharingIsCaring. If you were one of the how many who were able to listen to Benjie, or if you learned from him through this post, I’m counting on you to pass on what you know. That’s one step in bringing back the human dimension in city planning.