One of Placemade‘s pilot projects is to renew the garden of SSS Elementary School, as led by its students.

This urban diary shows photos and notes some observations that I had last Aug. 16, 2018, when I made the visit.

The garden is located within the SSS Elementary School Grounds. 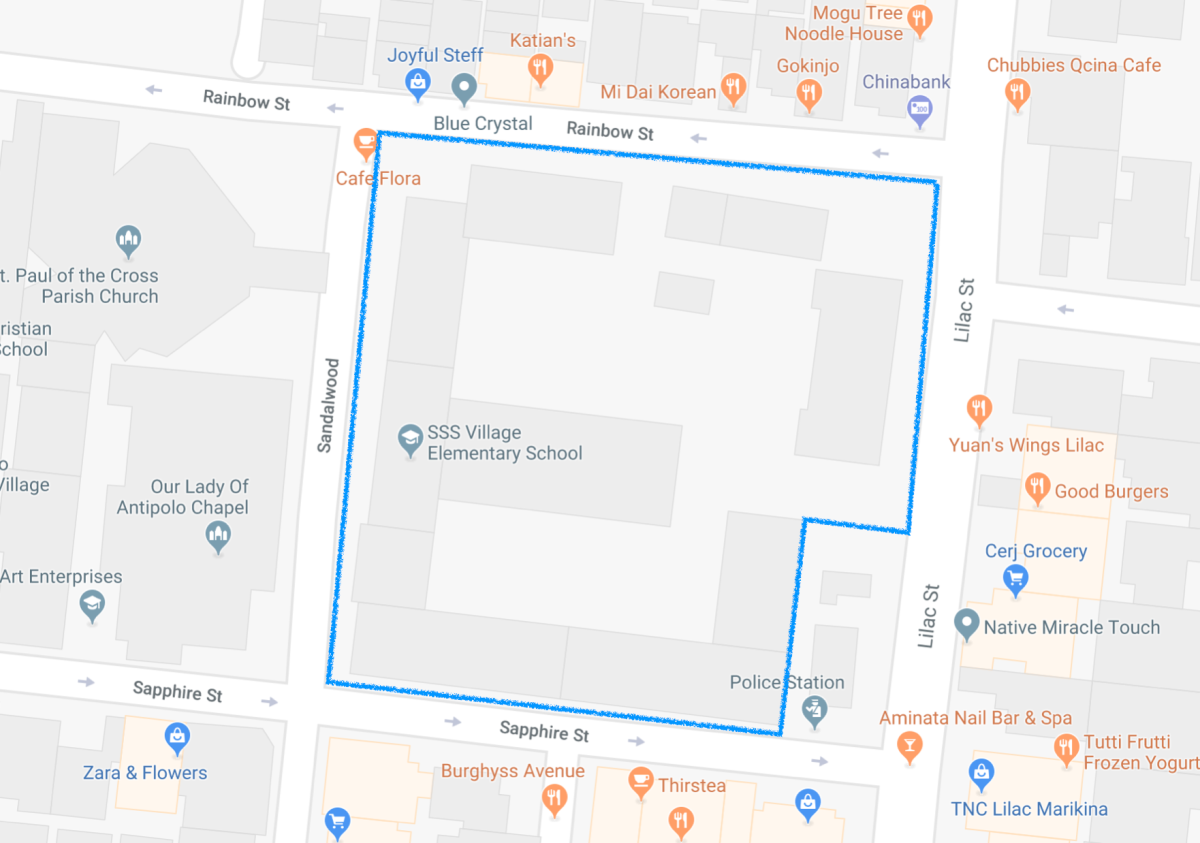 SSS Elementary school is bounded by Lilac, Rainbow, Sandalwood, and Sapphire streets. Its surroundings are composed of a church, residential houses, and commercial shops.

The garden inside the school is located on the area with the yellow polygon (approximated).

It’s worth noting how the school was under renovation during my observation visit. Upon talking to the guard on duty, he said that while many of the school’s buildings and surroundings will be demolished / renovated, the administration has directed that the garden be preserved. 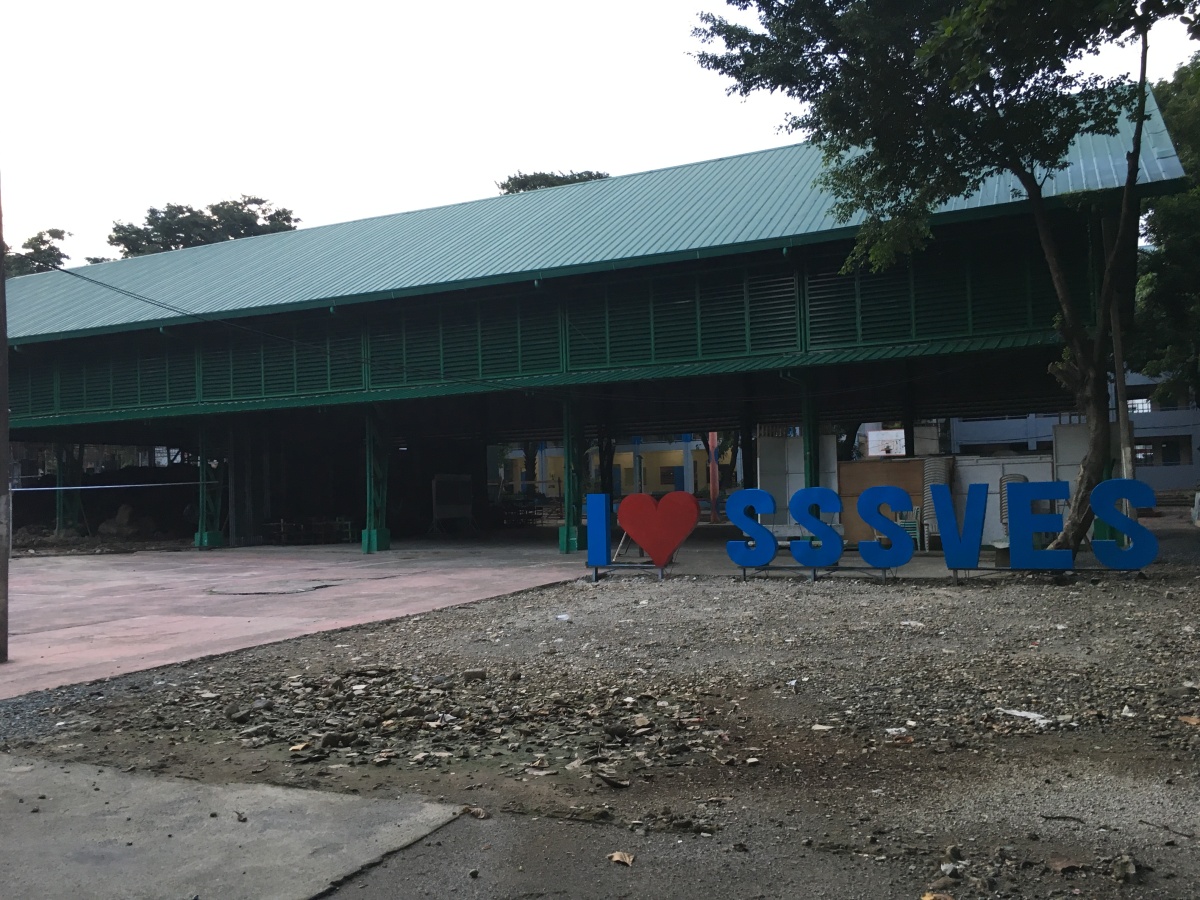 This is how part of the campus looks like, with open spaces between buildings. 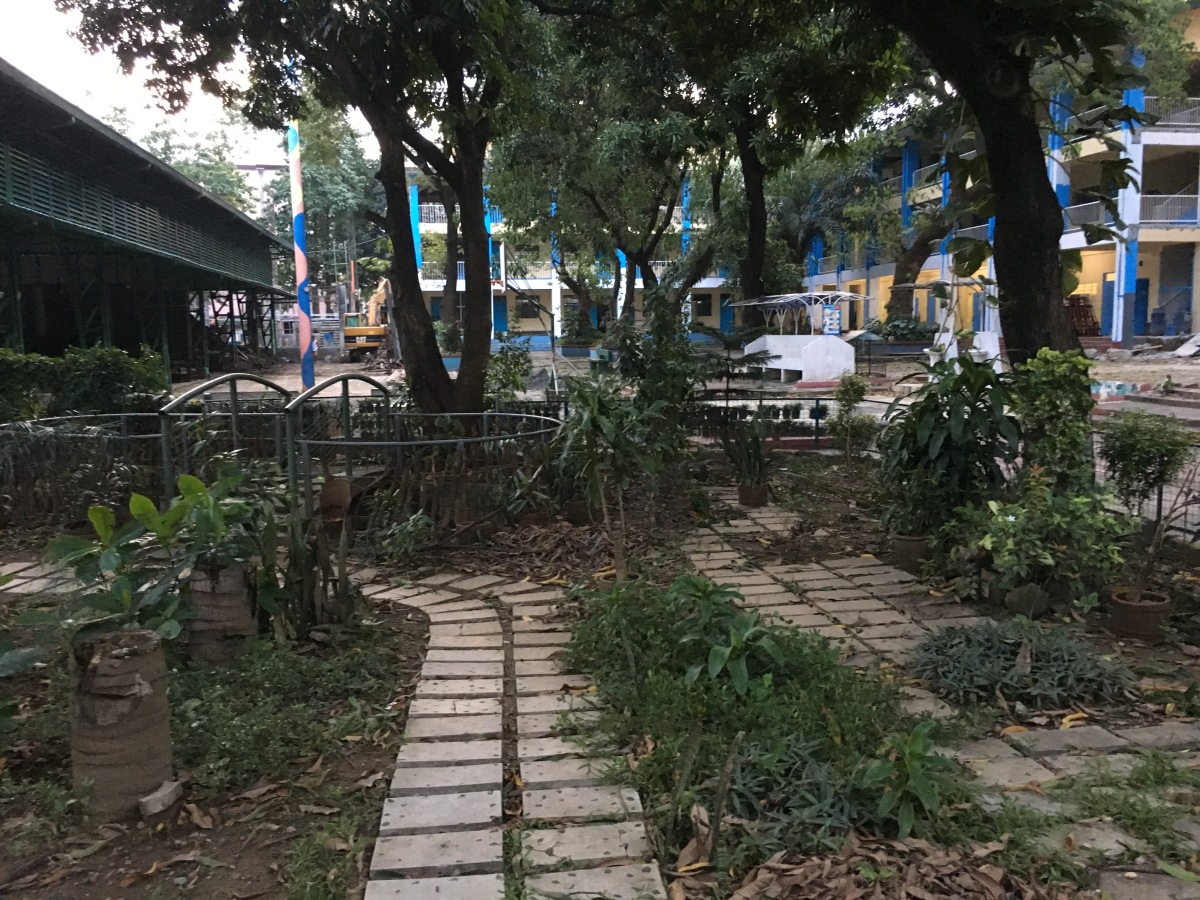 The garden already has trees, shrubs, and grasses in it, some of which have been efforts of planting projects. 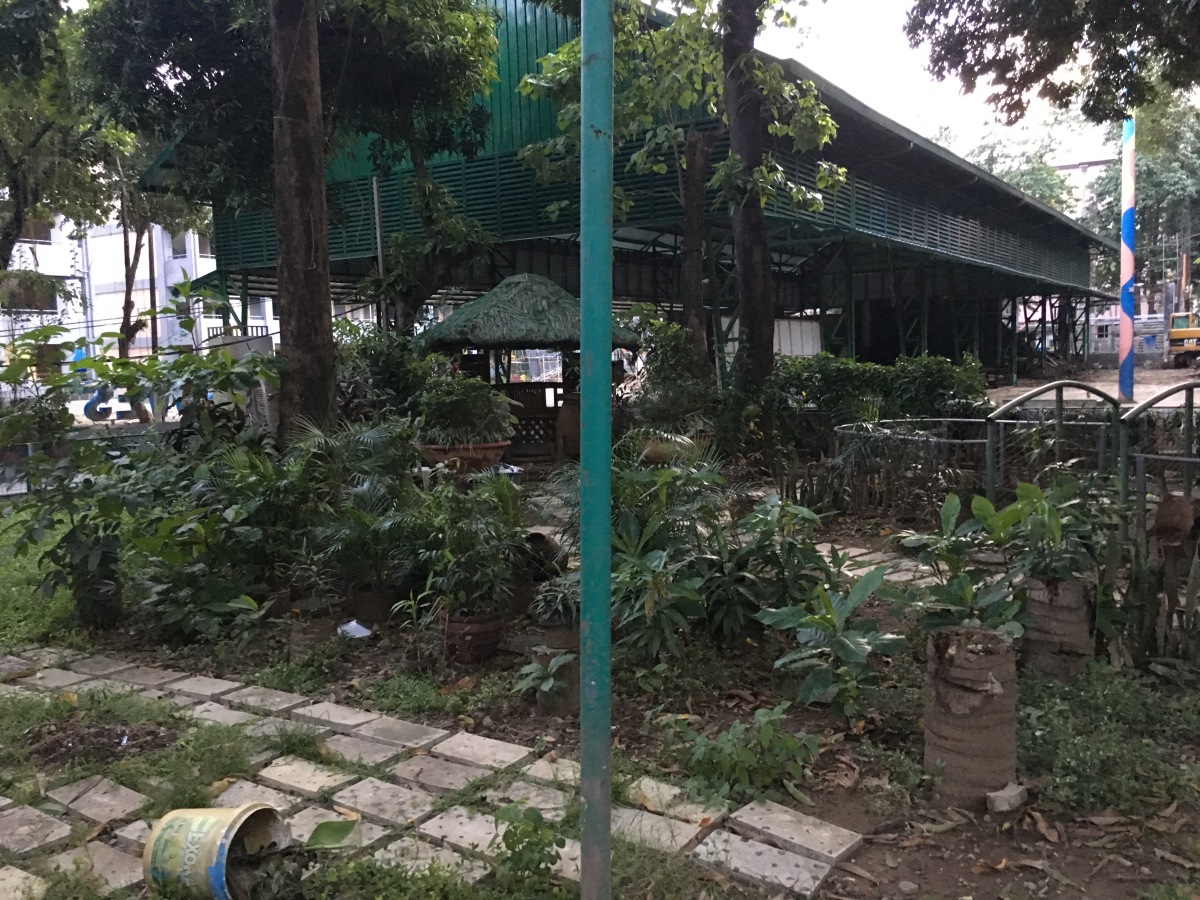 However, most plants seem to be unkempt, and not labeled or arranged, and generally the garden doesn’t seem to be curated or based on a concept yet. Recycled paint buckets and plastic containers are used as pots.

The garden is enclosed by a small fence.

There is also a mini-pond with a bridge inside the enclosure. Some fallen branches were used to rope off the railings.

There are pathways made of tiles, and one leads to a small nipa hut. The pathways are rather disconnected.

There are efforts to arrange the garden, as seen in this big elevated pot, which holds a variety of flora, but trash buckets and containers litter its surroundings.

A more worrisome part of the garden is how dirty water and fallen leaves and twigs litter the pond, making it a breeding ground for mosquitoes, which is a health hazard, especially in an elementary school.

Aside from the notes on the photos above, observations and some top-of-the-head suggestions would include:

Moving forward from the observation stage would be working with the school administration, faculty, and students (and their families/nearby community) to work on the concept of what type of garden this could be transformed into, recreating the garden, and drawing up a plan on how to maintain this through the school years.